By Lee - May 28, 2019
Have you ever read the Mary Poppins books? We are about halfway through the second one, and I think they are OK, but not my favorite. However, I encountered one of my very favorite all-time book quotes during the first chapter of the first book. It stuck in my mind and has stayed there since I first read it, several months ago.

“If you are looking for Number Seventeen…to begin with, it is the smallest house in the Lane. And besides that, it is the only one that is rather dilapidated and needs a coat of paint. But Mr. Banks, who owns it, said to Mrs. Banks that she could have either a nice, clean, comfortable house or four children. But not both, for he couldn’t afford it. And after Mrs. Banks had given the matter some consideration she came to the conclusion that she would rather have Jane, who was the eldest, and Michael, who came next, and John and Barbara, who were Twins and came last of all. So it was settled…”
Mary Poppins by P.L. Travers, p. 1-2

This passage made me laugh, but it also seemed to ring with some truth. Raising kids takes time and effort and money…lots of money. Our grocery bills seems to get bigger every week! There are lots of simple ways to cut costs, but it’s still expensive to have kids.

If you didn’t have children, you would most likely have more money to invest in a nicer car and house. You could probably buy yourself upscale clothing and jewelry, maybe treat yourself to a massage, manicure, pedicure, whatever is most relaxing and pampering, more often than you do now. Maybe you could travel more. 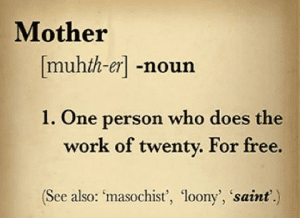 But the thing is, although these things might make life a little more comfortable and enjoyable, none of these things lasts. The car will eventually grow old and need replacing. The house may last quite a while, but someday it will crumble. The clothing will rot in a dump somewhere. The body you pamper will turn to dust.

These children, however, the ones that you are pouring your time and energy and money into, they are ETERNAL SOULS. Their bodies will parish someday, but their spirit will live forever and they are in existence because of YOU. Whether you chose to have one child or ten, you have made an eternal impact by choosing to have that child, and every self-sacrificing choice that you make for that child has an eternal impact. We are spending our resources to mold and shape an eternal soul. And that soul will go on to impact other souls.

These little ones are your true treasures, more valuable than any of the comforts of this world. They are precious and sacred, and worth all of your self-sacrifice and hard work.

I know it can be really hard when you are just making it and would love to have a few more creature comforts than you have now. But you, dear mama, are making a good investment and it will have a good return for it. You are not just changing the world, mama, you are impacting eternity!

“Do not store up for yourselves treasures on earth, where moths and vermin destroy, and where thieves break in and steal.  But store up for yourselves treasures in heaven, where moths and vermin do not destroy, and where thieves do not break in and steal. For where your treasure is, there your heart will be also.”
Matthew 6:19-21

P.S. What are some of your favorite money saving tactics? I would love to hear them.

Mine are:
Shopping in bulk and meal planning around sales
Cloth diapering
Breastfeeding
Homemade bread and other baking
Avoiding eating out by cooking at home
Line drying laundry
Growing a garden