After All These Years 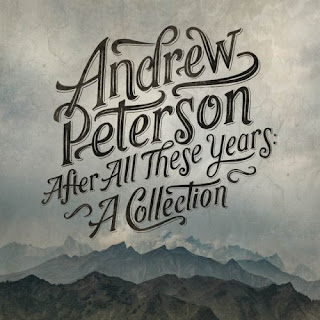 Have you ever listened to Andrew Peterson’s music?

He is one of my favorite musicians. I had never owned one of his CDs or been to one of his concerts but always enjoyed his music when it came on the radio. Then, when I was pregnant with my 3rd (my first hernia baby), I discovered him on Spotify.

His music is just so calming to me. Not just his voice and the acoustic guitar or piano that usually accompanies it, but the lyrics of his songs. He very much reminds me of Rich Mullins. He seems to know and understand so clearly the human condition of trying so hard to do the right thing and be the right way, and still often failing and having to depend heavily on the grace of God and others around us.

This was helpful for me during that challenging pregnancy. And even during that labor, when I was feeling frustrated because things were not progressing very quickly, my husband turned on his music and it really helped me cope.

I think the lyrics of his song After All These Years really sums up a good lesson for me and all mamas. It starts out:

“After all these years


I would've thought all my fears were laid to rest
But I still get scared
And I thought that all my struggles
Would be victories by now, but I confess
That the mess is there

When I was a young mother, I used to look up at women who have been mothers for a while and was certain that they had all the answers, and that someday I would completely have things figured out and this mothering stuff would not be so hard. It’s true that I have learned a lot from ladies who have been mothering longer than I have, but having now been a mother for over 10 years I have to say, it is still just as challenging! I haven’t figured it all out. I don’t think I ever will!

Like Andrew Peterson, I’m still depending heavily on the grace and forgiveness of God and others. And that’s ok. I’m fully convinced that no one has this Life Thing (or Mothering Thing) completely figured out. We are just all doing the best we can.

So don’t be so hard on yourself, mama, because you make mistakes (even the same mistakes over and over again). We all do. The secret to being a good mama (and a good person) is this: keep trying. Keep trying and don’t give up!

What music has really helped you through your tough mommy-ing times?

Andrew Peterson has also written a fantasy series that the kids and I just absolutely love. Check it out HERE.