By Lee - July 30, 2019
My baby is a week old now. My first week with him is gone. It was a sweet week, full of snuggles and long gazes that made my heart just absolutely overflow with love for this little one. It was also a little bit of a hard week. For some reason, I always have a struggle with breastfeeding my babies. 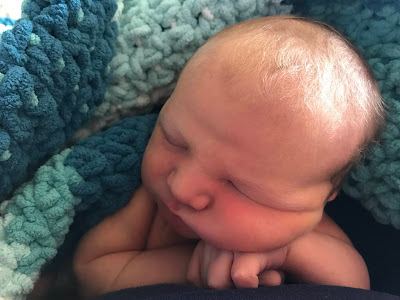 My first baby lost a lot of weight in the beginning and I had a hard time getting her to gain. Looking back, I think my biggest problems were lack of confidence and lack of knowledge. I had read a lot about pregnancy and labor and the newborn, but had not really researched breastfeeding. It was natural and the healthy for both of us, so it should be easy, right? I was so disappointed and frustrated with myself, my one job was to feed this baby and I was failing at it. Every time I had to supplement her, I felt like a failure. Even if the supplement was my own pumped milk. I ended up topping off about half of her feedings with a little bit of formula until she was 6 months old, then I started her on solids and the combination of the food and my breastmilk was enough to satisfy her.

My second baby was going to be different, I was going to do a better job. I had researched more and I was ready…until the she latched on for the first time. Ouch! That child had a terrible latch. I called her my little shark because her bite was so bad. I had to “fix” her latch every single time she nursed by flipping her top and bottom lips open. I did have to pump and supplement with her, too, until she was about 3 or 4 months old, when her little mouth was bigger and she had an easier time latching. Turns out that she had a lip tie and I didn’t realize it and didn’t have it corrected. Things might have been easier if I had.

My third baby didn’t have any ties. But he still wasn’t doing a good job building my milk supply on his own, so I had to use a pump to get my milk up where it should be. I had asked for a nicer pump for my anniversary present while I was pregnant with him, and I think that really helped. It still made the first couple weeks a little stressful as I worked to get my milk up.

I had nursed my third throughout my fourth pregnancy and tandem nursed my two little ones after my fourth was born. When I first latched on my baby, though, I felt the familiar pinch of what I now realized was a lip tie. When we had him circumcised at a week old, I asked the doctor to also snip his lip tie. When I put him on to nurse for the first time afterwards, I could not believe the difference! With the toddler nursing after the newborn, I didn’t need to use a pump and had a great supply. Finally! It was nice to not have to worry so much about counting diapers and weighing baby every few days.

With this baby I have been doing everything right. I have been spending lots of time skin to skin,  staying hydrated and well fed, partaking of all the galactagogues that I have access to (substances that aid in milk production), and I still had to bring out the pump. Baby has jaundice pretty bad and I know that the best way to flush the extra bilirubin out of his system is to give him lots of milk. He has trouble latching, but it’s not from a tie. For some reason, he lifts his tongue up when opening his mouth to latch, so he is blocking where the nipple should go. Sometimes it can take up to five minutes to get him latched on right. Frustrating for the poor little guy, but I’m hoping he will figure it out eventually and things will get easier.


Did you breastfeed your baby? I know so many mamas who have no trouble at all nursing their babies, and I’m kind of jealous. Not only do mine always have a rocky start, but I’ve also dealt with breast infections and thrush and a baby that bore holes into me when she got her first teeth (my little shark). But I really do envy those mamas who don’t have to worry about supply during the first few precious weeks of their baby’s life.

I will say that I have had a better attitude this time around. Especially compared to my first baby. I’m disappointed that it isn’t going so smoothly, but I’m also not utterly convinced that I’m a failure because we are off to a rocky start. I can see the big picture. My now 10 year old is a very healthy girl. We have bonded, and the world didn’t end and I didn’t ruin her life or anything just because I really struggled with breastfeeding her. I did the best I could and I can’t fault myself for that.

We mamas are all just doing the best we can. And that really is enough.