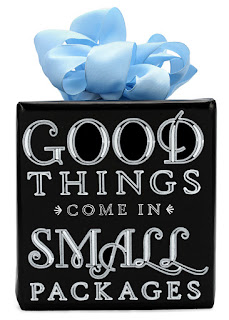 Ever hear that before? I think I would have to alter it and say the BEST things come in small packages, since that’s how our babies come to us.

My husband and I weren’t exactly planning to have our fifth baby.

Well, we weren’t wrong that the pregnancy would be hard (although it mercifully wasn’t as hard as the last pregnancy, when I was waitressing with one fully open hernia and one partially opened one). And delivering the baby was very painful (you can read my son’s birth story here).

However, one of the theories that we (and my healthcare providers) had was that carrying and giving birth to this baby might stretch open and correct whatever was causing the pain from my hernia surgery site (whether it was scarred tissue or the fact that things were pulled together too tightly when the hernia mesh was put in). Which of course would be painful while it was happening, but the pain would subside some afterwards.

Well, I’m here to say that it has.

It’s really amazing. I was pretty sore the first two weeks after the baby’s birth, but then I noticed that I could handle standing longer. Doing the dishes (whenever I could find time to do them, ha ha) was less painful. I started testing the boundaries of it and going for a little walks. I didn’t want to overdo it but I didn’t want to let things get all tight again. So that’s what I’ve been doing, pushing the boundaries.

If the baby lets me, I am able to stand the entire time it takes to do the dishes. I’m able to stand during part of the worship service at church! I’ve been going for 1.5-mile-long-walks a few times a week. I took some friends mushroom picking. I’ve been able to pack baskets of wet laundry across the backyard and hang them on the line! I’ve been able to pace the floor with my baby when he’s fussy (my last two babies I wasn’t able to do that, even rocking in the rocking chair hurt, so I would sometimes bounce them on the exercise ball and that was the only way I could soothe them with motion, but even that still hurt).

Last week, I swam for a few minutes. I mean, really swam! The last six years all the swimming I’ve been able to do was wading, or dog paddling using a floaty toy while I kept my lower body in a certain position so it wouldn’t pull on the hernias. When a friend of mine held the baby for a few minutes and I fully extended my legs and did the breaststroke pain-free for the first time in six years, it felt amazing!

I would say, overall, my pain is about 10% of what it used to be. It rarely goes above a 2 on the pain scale. This is so huge! It’s hard not to even think about it without crying.

My activity is probably only about 50% of what it was before I had the hernias, so it’s hard to say what’s going to happen as I get stronger and try to increase my activity, but for now I can say that I am so grateful for the healing I have.

Some of it might be due to hormones. Last summer I was taking maca root to help with the pain, and it did help, but the hormonal side effects were making my periods get closer and closer together, so I stopped taking it. (on a sidenote, if you have trouble with your periods not coming or being incredibly irregular, you may want to research maca root)

Whatever the reason for my decrease of pain, I know that Asher is living up to his name. Asher means “blessed” or “happiness”, and God has certainly used him to bring both blessing and happiness to me.

During the past six years, I have spent so much time crying out to God and asking Him for healing. I know that a lot of my friends and family have too, and if you’re reading this I want to say “thank you, thank you, thank you!!!”. I don’t know why God has taken this long to answer our prayers, but I’m sure there are some good reasons, and I do know that I have learned a lot from this experience.

I think that’s one of the reasons they call a child who is born after a miscarriage a rainbow baby. They are a promise that comes after a storm, but you have to make it through the storm to see the rainbow. It doesn’t happen on its own, something has to bring in about.

I am looking at Asher as a rainbow baby, because he has come after one heck of a storm(!) and he has brought us the remembrance of God’s promise. He will never leave us or forsake us. He has good plans for us.

And if it took that storm to bring Asher about, I am so thankful for that storm!

Whatever storm you’re going through, lovely mama, I pray that God will show you your rainbow soon! 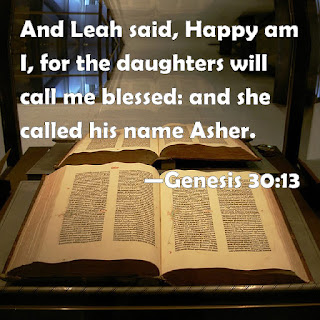