I'm Going to be FAMOUS!

I told my husband over the phone.

Let me start from the beginning and tell you the whole story.

I grabbed my purse, sunglasses, and my black coffee (ran out of milk and cream) and headed to the store listening to the Christian radio station on the way while enjoying the afternoon sunshine.

I arrived, grabbed my bags from the car, my purse, and left the coffee, picked out a large cart and sauntered into the store. First thing I noticed was a small group of people in a circle around, one of them wearing a head mic, over by the salad section. Next thing I noticed was a small filming operation happening in the middle of the potato aisle. I was fascinated!!! What were they filming? How would it feel to be saying all those lines while in the middle of a busy produce section of a grocery store? 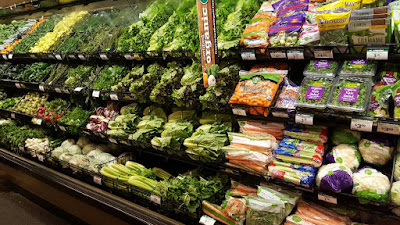 I kept staring... periodically I think, but the guy being filmed definitely noticed my attention. "Do you want to be in it?" He called over the rows of vegetables and fruit.

"In what?" I asked back. But he had gone back to filming and I returned to picking out apples. A little while later I got a chance to ask what they were filming. They said they were making a commercial for Blue Zones, which I'd never heard of and they gave me a little run down of what it was.

Then the guy went back to filming and I went along with my shopping. "Cucumbers for cucumber salsa. Carrots, maybe the kids need more. Hmmm, yes I should get green beans, no I shouldn't get asparagus, it always goes bad before we use it. I need red onions for salsa..." I thought through as I picked out my produce.

I reached the red onions and still needed to weigh my green beans when a nice looking young women approached me. "Can I ask you something?" she inquired. "Sure," I quickly said. (I LOVE talking to people I don't know, it's kind of like my favorite every).

"Have you heard of Blue Zones?"
"No, I haven't"
"It's a...." She explained.
"Yeah!" I said. "Those guys filming over there talked about that," I finally put two and two together. She was with them.

She then asked me if I would like to be in the commercial. It was a local health improvement promotion. They would ask me a few question and I would just respond with whatever I thought.

It was scary and fun and it made me feel like I was apart of something bigger. I was filmed and asked question and got to share my thoughts. It was really neat!

After my little interview was done I said "Thank you" and "goodbye" to the Blue Zones people and went over to the aisle to the bulk section. After finishing picking out nuts and trail mix I picked up my phone and calling my husband. "I'm going to be famous!" I told him excitedly and shared what had just happened. :) At least in my small town famous. ;D

I was stoked! That was so fun and exciting and I felt like a special gift of love from God. That I just happened to be at the grocery store alone and have such an opportunity was very rejuvenating. It was something new and exciting and reminded me strongly of my pre-motherhood self.

Here is my encouragement for you: What are some of the things you used to do and love that motherhood has stifled? What are one or two things you could do IN motherhood that you did BEFORE motherhood? What excites you and is enjoyable to do? Do that. :) 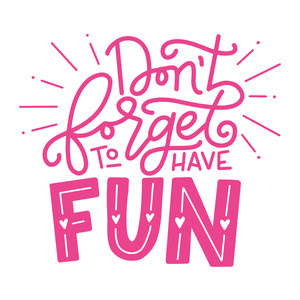