The Babies are Worth It!

They are worth it, mamas.

In a recent post, I talked about how I have struggled with a lack of postpartum weight loss while nursing my little guy. (Read more about that here) I'm mentioning it again because I feel like its something that a lot of women struggle with. They are told that breastfeeding will help them shed the baby weight, but sometimes it just doesn't. Sometimes an excess of prolactin caused by breastfeeding is actually what hinders their weight loss.

But mamas, those babies are so worth it.

My son currently has a cold. He is wanting to nurse nonstop. It's a little frustrating (he was just starting to nurse a little less and use his sippy cup more!), but it also makes me stop and marvel at God's design. Do you know that your baby's saliva actually sends a message to your body that your baby is sick and your body customizes each feed to help that baby fight the sickness? It's so cool! And its no wonder that he naturally wants to nurse more often when he is sick. He is just getting more of what he needs!

And he is so worth it.

I think my hormones are finally starting to balance out because I have lost 10 lbs over the last three weeks. (Yay!) 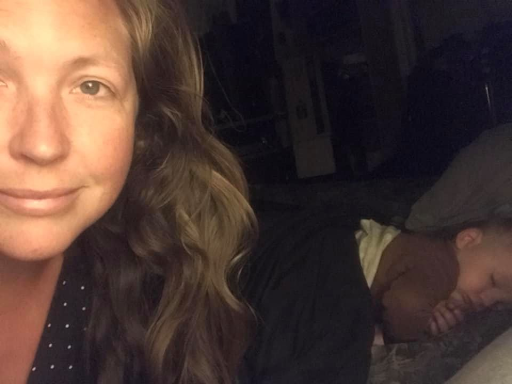 It is really nice to step on the scale and actually see it moving the right direction.

But you know what? Even though this nursing journey has been like no other before (he is my fifth earth baby), I wouldn't trade this past 15 months for anything. Not even if I could somehow magically be at my goal weight right now.

I wouldn't trade having three little boys for having a quieter house.

I wouldn't trade homeschooling for having more free time for myself.

I wouldn't trade my toddler for a cleaner house.

I wouldn't trade my preteen for having a less complicated emotional environment.

Everything we sacrifice for them, the things we get in return, the richness of motherhood...it makes it worth it.

We are raising eternal souls that are going to change the world!

You are awesome, mama.