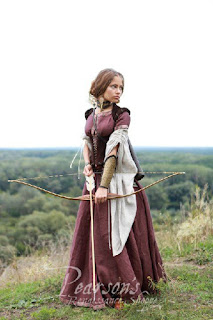 My oldest child will be turning 12 this week.

If you've been reading this blog for a while or know me in person, you know that I love to throw BIG birthday parties. I feel like a birthday party is not just for the birthday kid, it is also celebrating the wonderful people in her life and thanking them for being a part of it. I want it to be fun and special for everyone.

My mother-in-law has become a big part in planning and executing the birthday parties and because the last two years my oldest daughter has had pretty low-key parties, she and my daughters have been scouring Pinterest for ideas. We had planned a medieval feast and archery contest. Because there are no indoor facilities available, we had gathered up enough pop-up canopies from friends to lash them together and make a pavilion for the feasting. We were planning the decor and costumes. It was going to be so fun! I went shopping at Hobby Lobby and got her some nice fabric to make a beautiful dress just like the one she had pinned to her birthday party board.

Then our governor issued a 2 week freeze. Suddenly, we aren't even allowed to have visitors at our house (we already have seven people in our family). So the party had to be canceled. We hope to have it next summer, when things have (hopefully) settled down.

I was so sad to have to change my daughter's plans, but decided that I would at least make her an epic costume. I worked late two nights making that dress. I had such high hopes for it.

Ladies, I bombed that dress. From beginning to end, I had nothing but troubles while making it. I cut the fabric wrong and had to recut it and eek out what I could from the little fabric that was left over. Very little went right. I spent some time crying while ripping out seams. I finally had to step away from the mess and take a break.

What did I do wrong? Was I being too prideful because I wanted to make a fabulous dress for my daughter? Was it because I wanted my kids to see how hard I worked for them and remember it and do it for their kids? Or did I just simply forget how to sew? I was so discouraged, but I wasn't going to give up. 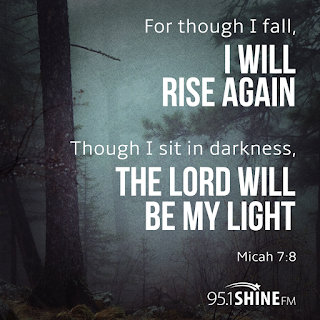 I took a few days away from the machine so I could think things through and try to figure out what to do. I wanted to make my daughter that dress!
I decided to make myself an apron (and I had been meaning to for a while anyway) so I could remind myself that I actually did know how to design and sew.
Then I raided my small fabric stash and found some material that I thought would work, since I had wasted a lot of the material I had intended to use by cutting it wrong.
I waited until a day when my mom could watch the kids and my hubby was home to watch the baby. I turned on Christmas movies and got to work.
Sometimes we have to give ourselves time and space to mourn the dreams that are lost. That is healthy to do. But we can't stay there in the mourning forever.
I still sigh when I think of how the dress turned out and compare it to how I wanted it to turn it out. The same with the party plans. But we are still going to celebrate my girl by going Christmas tree hunting up in the mountains with our friends and family.
The new plans may not be perfect, but we are going to have fun. The dress may not be perfect, but she has something to dress up in, and that is what she wanted.
Praying you will have peace in your hearts over lost dreams this season, mama.
Love,
Lee