Who the Heck Cares What They Think?

By Lee - November 02, 2020
I saw the longing in his eyes.
It was a higher pain day for me, so I decided to do something with my girls that wouldn't require standing or movement. We got out the nail polish. My oldest had gotten two huge packets of really fun nail stickers for her birthday last year. I chose deer horns and flowers and greenery for myself. My younger daughter, of course, chose rainbows and bright colors. My oldest was all about the earth tones.
My 4 year old son watched with the greatest of interest. And I made a decision.
"Would you like these cars on your nails?"
His whole face lit up. He was so excited to choose stickers for his nails. And he wanted Santa and snowmen on his toes. His innocent enjoyment was heartwarming.
My mom would never have put nail stuff on my brother. Many people in today's society would say that my son wanting to decorate his nails has something to do with his sexual identity.
Hogwash.
It has nothing to do with that. It has everything to do with him being a creative and fun little boy. And why the heck shouldn't he be able to color up his nails like his sisters do?
About a year ago I had a conversation with a friend. She was talking about how she felt like she was supposed to wean her son because he had turned a year old. I asked her if she really wanted to, and if he was ready. The answer to both was "No." My response was, "Then don't wean till you are ready. Breastmilk doesn't lose its value once your son reaches a certain age."
She was going to wean her baby because she felt like everyone else thought it was time. She recently thanked me for encouraging her to nurse for as long as they both wanted to. This last year of breastfeeding her son was precious to her and great for his health. 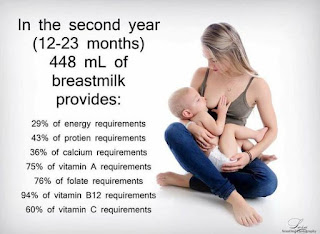 I feel like mothers have so much pressure on them from so many fronts: society, family members, social media, their own selves, shoppers in the supermarket...even the church.
I just want to encourage you to be YOU, mama. And mama the way you see fit. You are perfectly capable of parenting your children and making the decisions. Doesn't mean you can't politely hear other's advice and consider their point of view. I'm not saying that, what I am saying is that in the end, YOU are the mama. They are your children. And I know you will choose what is best for them. After all, God is the one who chose YOU to be their mama.
God bless you, mama!
Lee