I Didn't Interfere...But I Wanted To!

By Lee - February 15, 2021
She stepped up on the stage. It was a simple talent show/show-and-tell for my kids' little youth group, but she was the only one of my kids who wanted to participate. She had made a really neat sculpture from Legos and also a painting of it. 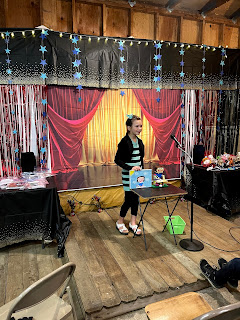 But when she first got up on stage, it wasn't really set up for showing off her work. She fumbled with her sculpture as she tried to hold it up for everyone to see and part of a fell. She patiently tried to put it back together and another part fell. Finally, someone got her a TV stand and she was able to rest her work on it and get the sculpture reassembled. She didn't have much to say about her work, and she didn't speak very loudly (even though I had coached her on it). And that was ok.

Because this was her show, not mine. 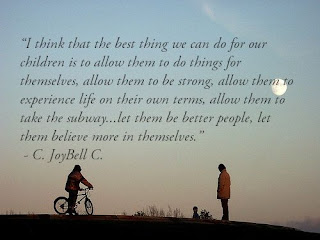 I think one of the hardest things about parenting is knowing when to let our kids do things for themselves. We go from them completely depending on us to them becoming completely independent of us, but it doesn't happen overnight. It happens little by little. Each kid develops at their own pace, too.
If you had been watching me during my daughter's part of the talent show you would have just seen a smiling mama watching her girl. You would not have seen the internal battle.
Should I go help her put it back together? Maybe I can hold it for her or suggest she put on the table beside her? That isn't all she said about it when we were practicing, maybe I should pipe up?
Going back over these thoughts makes me feel kind of ridiculous. Like I said before, it was her show. And in spite of the few hiccups, she felt really good about how it went. I was proud of her, especially for how calmly she dealt with her creation falling apart and having to put it back together. If I had been a hover mama, she would not have had the satisfaction of conquering that challenge on her own. And I would not have felt as proud of her.
We all have to make our own calls. When my just-turned-two-year-old decided he could wipe his own bottom, it was a firm "No, mama will do it til you're three". I could just imagine the underwear stains that would have produced, haha! But when my 7-year-old asked if she could cook the pancakes, it was a "Yes, of course." I watched to make sure she understood when to flip them and then started the other breakfast preparations. Sure, there were a few flipped too soon and a few flipped too late, and I was there to help if she needed it. But she was ready to grow past just watching.
I just want to challenge you mama, to think of where you may be hovering a bit. I can think of a few ways I can encourage my kids to be more independent. I'll be working on that,
Love,
Lee