Are you familiar with the story of Elijah? He was a prophet in the Bible who performed some pretty amazing miracles. He was filled with the Holy Spirit and changed a nation with the way that God used him.

One of his most famous stories is the miracle on Mount Carmel. You can read about that in the 18th chapter of 1 Kings. Awesome stuff. Basically God used Elijah to prove His existence in a mighty way, and as a result many of Elijah's enemies were slain.

But not all of his enemies were defeated. In chapter 19 we find Elijah running for his life. We also find him feeling depressed and frustrated.

But he himself went a day’s journey into the wilderness, and came and sat down under a broom tree. And he prayed that he might die, and said, “It is enough! Now, Lord, take my life, for I am no better than my fathers!”

Now this guy had just done an amazing thing. He had called fire out of heaven and it had burned up a soaking wet offering and the stones it sat upon. He had slain the Lord's enemies. He had ended a drought (well, God did this all through him, but you get the idea). Amazing stuff! And here he is, laying on the ground, alone and defeated, just wishing he could die.

And what is God's response? Did He smite him? Scold him? Tell him to suck it up and act like a man? Accuse him of being ungrateful for his life because he wanted it to end? No.  God didn't even remind him of what had just happened. Instead:

Then as he lay and slept under a broom tree, suddenly an angel touched him, and said to him, “Arise and eat.” Then he looked, and there by his head was a cake baked on coals, and a jar of water. So he ate and drank, and lay down again. And the angel of the Lord came back the second time, and touched him, and said, “Arise and eat, because the journey is too great for you.” So he arose, and ate and drank; and he went in the strength of that food forty days and forty nights as far as Horeb, the mountain of God. 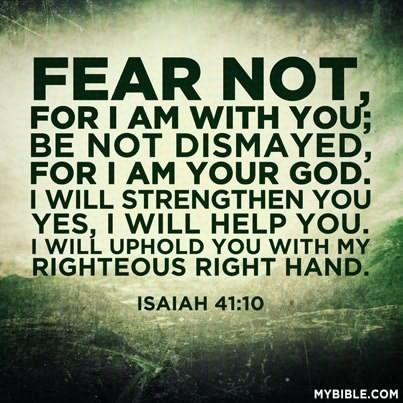 God took loving care of Elijah. Like a frustrated, grumpy child, Elijah was given a nap and food and water, and then another nap and more food and water. And God gave Him enough to sustain him through the entire journey!

Go to your Creator. He made your body and your soul and He knows just what you need. And He will give you enough to get through whatever it is you are going through. I know this through personal experience. He has proven it time and time again!

If you want to read more of this story, read the second half of 1 Kings chapter 19. I especially love the story that takes place in verses 11-18. This would never have been written down for us to read if Elijah had just given up. Also, Elijah's blessing would never have been passed on to Elisha. We would have missed out on all the wisdom that can be learned from their stories! And the impact that they had on the nations around them at that time would never have happened.

So don't give up, mama! Rest if you need to. Have a snack. Drink your water. Rest again. Allow yourself time to get ready for the journey. And look for the joy! It comes to you in the still small voice.