The Spirit of Harriet Tubman

My daughter is a spit fire.

She's a fighter at heart. Sure, she struggles with insecurities that makes her self-defensive answers more adamant. Sure, she has times that she gives, but mostly, nearly always, she fights.

That has only increased with age and normal puberty development. There's been major fights and fits and times my husband and I are at a complete loss at what to do with our strong-willed child. There's moments of deep discouragement by her actions and hurt by her words. It's really hard some times.

She's a fighter and she fights everything.

After a particularly horrible fight, my husband told her that her attitude was similar to her birth mom and that she got to choose to use it for good or for evil... That didn't sit right with me. It made it sound like who she was, connected with her birth mom, was such a negative thing.

I went to talk to her.

I told her, that yes, she does take after her birth mom but that is NOT a bad thing, it's a gift. Though her birth mom didn't make good choices, that fighting spirit she gave to my girl is a gift, because God gave my daughter that spirit for good! To fight for true justice, to defend the hurting and weak and to make great strides for the kingdom. God intentionally designed my daughter a fighter and HE has great plans for who she is and how she's made.

"You have a spirit like Harriet Tubman" I told her because she had recently devoured books on this courageous historical women. 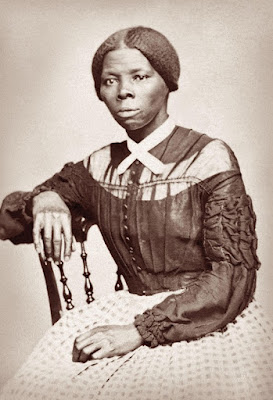 "Yes! You do. She was a fighter through and through. She was stubborn and strong and always fought for freedom, even while she was a young slave, singing songs of freedom under the overseers nose. She was a fighter and look how God used her. She never gave up, she never quit, and she saved so many people."

My daughter is a fighter and that is a good thing. Though I pray for tons of strength to raise her well and I feel I fail so often to uplift her. There's so many hard days, so many arguments, and frustrations. I know that my girl is purposed by God to be a world changer and I just got to stay steady and faithful to empower her the best I can, to follow the Lord because He'll guide that fiery spirit and use it for good.