Hanging On By Two Fingers 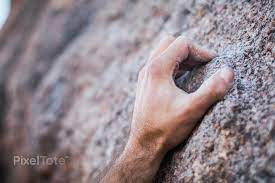 I feel like we can learn lessons in everything. It's one of my goals in life to be a person who is always learning. I certainly don't have it all figured out and I know God can teach me through any experience.
Last night was a rough night. I tried to go to bed early but the kids were being noisy so I ended up waking after a short doze. I started putting them to bed and then my hubby took over. After only a few short hours the toddler woke back up and was only satisfied by snuggling up next to mama. But he was still restless. I think he must have been having bad dreams, and I was having a few strange ones as well, so it was a toss-and-turn kind of night. Then the alarm went off at 5:30 am.
We are typically a late-to-bed-late-to-rise family (except for my hubby, who works early). I was up early this morning because my mom was on her way to pick me up for razor clam digging.
Have you ever been razor clam digging? I haven't been in years. Not just because of my pain issues. The razor clamming has been closed in our area for several years. It just opened back up this month and there were some killer tides this week. They were also really early, and I didn't have childcare for them, but today is my hubby's day off so he stayed home with the kids and this was my first chance to go in a very long time.
Have you ever tasted razor clams? They are absolutely delicious! They are also really expensive. And it's no wonder, because they pretty challenging to dig. At least around here.
I walk in the surf and tap the handle of my shovel in the sand when I am able to see the sandy bottom between waves. The vibrations from the tapping causes the clam to spit, which sends water through the hole made by their neck to the surface. Sometimes I see a good, clear hole, and sometimes I just see a dimple. I insert my shovel 4-6 inches from the hole on the ocean side, pull up a bit to try to get the suction of my shovel to hold the clam, and slip my hand behind the shovel.

Razor clams move fast. It is a race between myself and the clam and the waves that are trying to crash over me and take my shovel away. Once today, I just had the clam by the tip of the neck, between my second and third fingers. The surf filled the hole with sand, burying my hand and the clam. I could feel the little guy trying his hardest to escape. I pinned my shovel under my knee and worked to dig out my hand and the clam with my free hand. A few waves crashed into me during this epic struggle, but I finally got the clam! It wasn't a huge clam, but I got him! 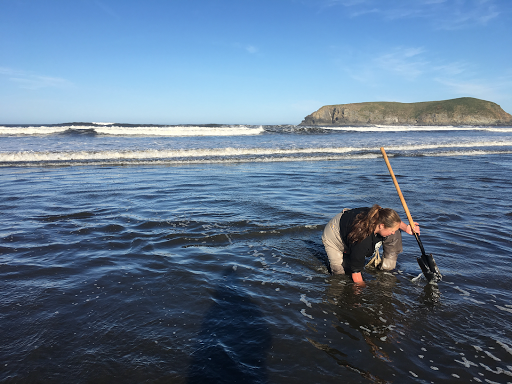 Today was not my most successful day of digging. The surf was pretty rough, which not only makes visibility low but also tries to knock you over when you are wrestling your clam (my mom got completely knocked over twice!) There were also a lot of people on the beach so we had competition. I felt successful, though, because I was bringing my hubby his favorite clams for the first time in years. They were small and I didn't get my whole limit, but they were tender and so tasty. We had them for lunch just a few hours later.

To me, razor clam digging is a good reminder of hope. The conditions of life are often not ideal. Sometimes we have things crashing into us and trying to steal our tools. Sometimes we are just hanging onto hope with our two weakest fingers, and we can feel the elements trying to take it away from us.

But if we just hang on. If we are patient. If we continue to work hard and believe that it can happen, we can have a breakthrough. Then we are victorious!

You mamas are doing a hard work and a good work. Keep on keeping on! I know it's tough. I know it's a struggle. But I believe in you! You are absolutely amazing. God created you to do mighty things.

And don't be discouraged if you miss a few clams. I didn't get every one that I dug for. But I kept trying.