This time, we camped on the coast in a State Park. There were some good low tides and we chose this location because it was close to the place where we like to dig for clams in the bay (excellent for chowder or fritters). It was also close to where I needed to be for an early appointment the next day, so very convenient.

What was not convenient was my OCD son's reaction to the campground. He's used to more rustic camping. I didn't think to prepare him for the fact that we wouldn't be in a location where he could just explore or build forts wherever he wanted. And, although we chose one of the larger campsites, he was finding the boundaries rather confining and distressing.

"I want to go home!" He sulked, "I hate this place. Why would we even camp here?"

I calmly explained to him that we weren't leaving for two nights and he never had to come back to this campground if he never wanted to, but we were not going to leave early. There were a few hours of pouting and repeating the same negative comments over and over again, and then the kids did discover a trail from our site that went up into the brush (thank God!). We also took another path through a culvert that led to a little bay and beach area. After these expeditions, my little adventurer was more satisfied with our situation. Clam digging each day of our trip was also delightful for him, as he loves to see and play with all the sea creatures we encounter.

But the nights were another thing altogether. My husband and I have many stories of this particular child's nocturnal escapades. It's not uncommon for a child with OCD and Tourettes to have troubles with sleepwalking, nightmares, and just sleeping in general. It's no wonder, because their brains never give them a break. Last camping trip, my son woke up 5 times in one night.

So why was I surprised when he had a hard time the first night of this trip? I really don't know. I guess it was because he woke me from a bad dream, or maybe I was comparing him to the toddler (who was sleeping with no problem at all), or maybe it was because we were camped close to other people and I didn't want him disturbing anyone. Whatever it was, I did not respond well. I barely kept my cool the first time, but the second time he just wouldn't listen to reason and settle back down.

"You make my life so hard!" I said with great frustration...and immediately regretted it. How could I say such a thing? My poor little boy was having a hard time, and not because he wanted to. It wasn't as though he was trying to be naughty. He was confused and scared and didn't understand what I was saying to him. He just acting like a child. A child with extra challenges than the "average" child, but a child nonetheless. Why in the world was I expecting him to act any differently?

As soon as the words left my mouth I hurriedly followed them with an apology. I gently got him back to sleep and the next time he woke I turned on his favorite music and got him settled down that way (headless of our neighbors and my phone's low battery). The music kept him asleep the rest of the night. I, however, had a heart heavy with guilt and spent the rest of the night praying that my son wouldn't remember the words I had said to him. You have to be very careful about what you say to a kid with OCD, because you never know what is going to stick in their brains and be obsessed over. I certainly didn't want him always thinking that he makes my life hard!

In the morning I asked my son if he remembered waking up and having a hard time. He only vaguely did, but I still apologized about being mean to him. The next night I had a better attitude when he woke up and was able to see the humor in the fact that he nearly peed on his brother because he couldn't find the door (I'm still chuckling about that, I just barely stopped him in time!). I still tear up every time I think about the words I said to him, though. And I know the enemy of my soul has been trying to use my words to accuse me of being a terrible mother.

In my personal Bible time, I have been studying the life of Moses. It's funny because today at church Pastor also talked about Moses. Moses became a legendary father of faith and God used him to do amazing things. But Moses also made a lot of mistakes. What if Moses had let his mistakes keep him from the great things that God had planned for him? What would have happened to the people that God had put in his keeping?

You have been called to do great things, mama. You are raising eternal souls! Don't let the enemy whisper in your ear and remind you of all your mistakes. Learn from your mistakes? Of course. Humbly correct your behavior? Absolutely. But do not live in the guilt. Staying there will keep you from all the wonderful things that God has planned for you. Ask the Holy Spirit to help you. It will be His pleasure to help you.

So much love to you, mama! 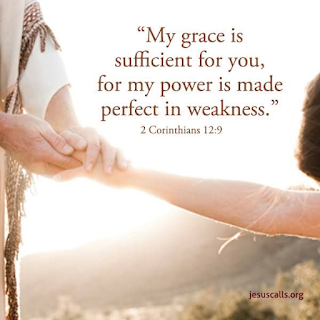