Confession time: I’ve been acting like a big baby.

You probably already know that though, you’ve been reading my blogs. 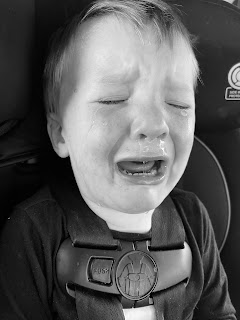 Don't get me wrong, I have been going through a legit hard time, and there is absolutely nothing wrong with confessing that and talking about it. Quite the contrary, if I was stuffing my feelings and pretending everything was fine and hiding my struggles, I would have even bigger problems. Let me explain what I mean by saying that I've been a big baby: I've had tunnel vision.
I currently have a 4-month-old, a 2.5-year-old, and a 13-year-old, and they all having something in common: they aren't seeing the big picture. If I set my 4-month-old down so I can grab the nursing cover so I can feed him, he thinks that by putting him down I am never going to feed him. His brain hasn't developed enough to understand that I'm his mama and of course I'm going to take care of him, I'm actually working towards that goal by putting him down. He only understands the feeling that he feels in the "here and now", he has no grasp of the future or my good intentions.
The same can be said of my toddler when he hears me say "No" to something that would not be good for him. It's completely the end of the world, even though I am saying "no" in order to help him. And my teenager also has this problem when she is feeling so overwhelmed by a math question that she gets super emotional about not understanding it, despite my assurances that I will help her work through it and she will figure it out. Her brain has trouble moving past that point in time because she is caught up in how she feels at that moment. She is completely stuck in the "here and now".
I confess that I can be just as bad as these three. I tend to have tunnel vision sometimes, and really miss out on the big picture. It's a real problem when all we do is focus on our problem. Instead, I need to focus on the One who sees the big picture.
I'm sure most of you have heard this verse before: 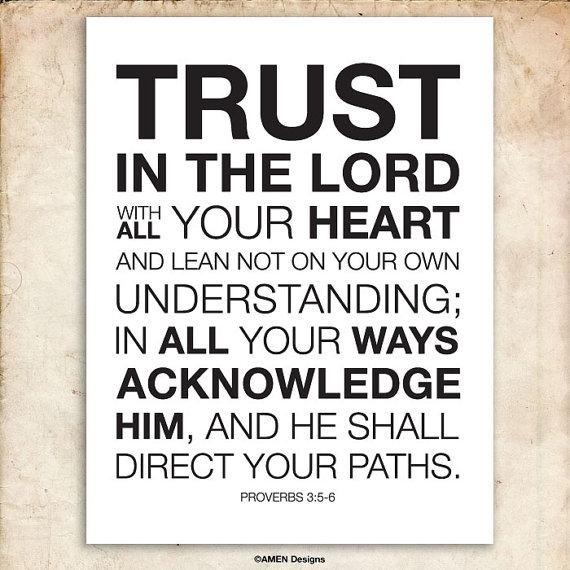 If I pray every morning for God to direct my day, and then get freaked out and stressed because I have a fussy baby to hold and can't get my dishes done, am I really trusting in Him? The answer is a very sheepish, "No...".

God knew that my baby was going to be a clingy little guy. He knew that Jo would have a hard time sleeping on his own. He provided me help in my husband and older children so I would not get completely overwhelmed, but He also knew that my baby would want me most of the time. Was God plotting evil against me? Was His plan to torture me by not allowing me to do the things I want to do?

God sees the big picture, mama. I know He has a plan for the hard things that we go through. His heart is for you, not against you. So I'm going to challenge you, dear mama, and myself, to look for the blessings in our circumstances that might be a part of the big picture.

I can find one in mine right now: I have experienced reduced pain since Jo was born. Part of that is probably because he stretched my hernia area out (possibly releasing one of the trapped nerves that was causing pain) and the other part is probably because I've been spending so much time sitting and laying with him.

So look for the silver linings, mamas. God can bring good out of anything, He is that good.