Recently our homeschool co-op had an event where mamas who have travelled got to share about their adventures with the children in our group. It was so fun to hear about my friends' trips and experiences; some of them really put a lot of thought into their presentations. Me? I found the disc with my photos from my trip to Germany two nights before the event, stayed up til 2 am printing and sorting them, and then spent every free moment the next day throwing a scrapbook together. I also added a few souvenirs to my table.

My trip to Germany happened almost 20 years ago, so it was a lot of fun to get lost in those memories as I went through those old photos. The trip had been a high school graduation present from my grandparents and was mostly geared toward visiting my Oma's family and former home. She was born and raised in Germany. Most of the family I was introduced to during that trip has since passed away, so it was very special that I got a chance to meet them. We didn't speak the same language, but family is family and that really meant something to me.

I would say the most meaningful parts of the trip were the personal ones. I literally got chills during my tour of the Wurzburg castle as I stared at the model of what the city looked like after it was bombed during WWII. My Oma was born with a lazy eye, and the bombing of Wurzburg began as she and her mother were leaving after her corrective eye surgery. The bombing destroyed 90% of the buildings and killed over 5,000 people. If her surgery had been scheduled just 20 minutes later than it was, she and her mother may have been caught in the bombing and I would never have existed!

I smile every time I look at the picture that I took of my Oma and Opa kissing outside the dance hall where they first met. My Opa had been stationed in Germany on border patrol and he and his buddy decided to flip a coin to see who would ask to dance with my Oma and who would dance with her friend. My Oma and Opa would have perhaps ended up together even if he had lost that coin toss, but who knows? It's kind of crazy to think of the many tiny little things that had to fall into place for each of us to even be born.

I guess that's why I believe that we each exist at the time and place we exist in for a specific reason. I don't believe any of us our accidents and I believe that each of us has a purpose. 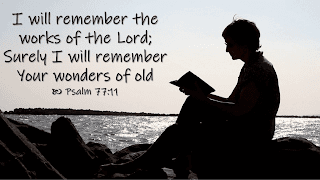 My trip to Germany was a reminder of that, but looking back at the pictures I was reminded of something even more deeper and impactful.

Every church or castle I went to, every museum, even an old monastery turned brewery, religious artwork abounded. Whether in the form of ceramic, intricate wood carvings, moldings, painting, stained glass, statues, or metal on rustic crosses, Jesus was everywhere. His life, death, and resurrection were displayed for all to see. It was such a rich reminder of how we are to remember what He has done for us; of His great love.

I think about the hours and hours of work each of these pieces took the artist to make. I imagine some of the intricate ceiling paintings even took years. The artistry is just astounding. I'm not naive enough to realize that sometimes this work was done purely for monetary gain, and that sometimes the artwork is worshiped more than the Creator who inspired it, but I also know that it could not have been made without passion and devotion going into it.

It reminds me that we are all artists. Perhaps the names of these painters and sculptors and carvers will be forgotten someday, perhaps they already have, but their work lives on as a testament about what was important to them.

That's what I want to happen with my work, too.

We are all artists, mama, in one form or another, because we are all made in the image of the greatest Artist ever. Some of us work with clay or paint or fabric to make art, but that's not really the form of art I'm talking about.

The jammies I sew for my kids will be outgrown and tossed eventually, but the example of using your talent to bless others is passed on as they observe me doing it. Cooking dinner for my family is not just something I do every day, it is showing my family hospitality and self sacrifice. The list of examples goes on and on. You get it.

We are sculpting future generations, mamas. Let's remember to show our love of Jesus as we do it. That is the stuff that lasts generations. 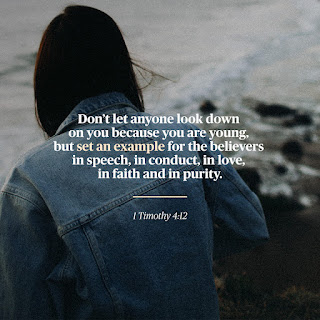