Boy, did I made a mistake. I have some regrets.

I've been thinking about this a lot lately and just read an article on it this morning, so I thought I would share my story with you.

The women's Bible study I attend just finished a study on the first part of the book of Exodus. I'm sure most of you are familiar with the story of Moses. God saves him as a baby and sets him apart to be the person to deliver his people from slavery. Moses tries to do it on his own power and ends up fleeing the country and shepherding in the wilderness for forty years. Then God shows up in a burning bush.

Most of us roll our eyes or at least shake our heads as we read the account of Moses arguing with God. He has this miraculous sign of a bush burning without being consumed and God's audible voice speaking with him, and what does he say? "But I can't....But how...But what if...?" 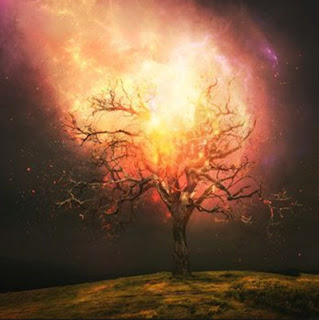 I've always been critical of Moses' statements, anyway. Then it hit me hard that I am guilty of saying the same exact things.

God hasn't called me to lead a nation towards their promise land, but, as I have shared with you before, I have always had a very strong calling in my life to be a wife and mother. And though, as you know, I am married and have six children, I haven't always trusted God completely to provide for this calling.

When I was growing up, my mom always worked to help provide for our family. Since my husband didn't have a high-paying job when we were married, I assumed I would have to do the same. When my first baby was born, I had two months of maternity leave to stay home with her. Going back to work felt like torture, even though my job was just waitressing in the evenings. Leaving my baby felt like I was leaving my heart behind. My baby didn't like it, either. She would be happy with Grandma until about 8 o'clock, and then she would cry until I got home. Sometimes that wouldn't be until after 10 o'cock. It was heartbreaking to see her so sad without me. And that didn't change as she grew. Even after there was a new baby and she was preschool age, she would cry as I closed the door of Grandma's house. And I, ignoring the call in my heart, would cry as I drove to work.

I just kept telling myself it was what I had to do. Even as my husband got a better job. There were more mouths to feed, how could his income support us all? Even as I ripped open a hernia that insurance wouldn't repair. I strapped on a brace to hold the hernia in and left my three babies at home. Even when I ripped open a second hernia, the brace wouldn't cover both of them but I just grit my teeth and limped my way to work, leaving my four babies at home.

When I finally got the surgery I only took off 3.5 weeks to recover and then returned to work, even though the surgery was botched and I was in just as much pain, if not more, as I had been before. I was tough. I was doing it for my family. I had to work. That's what I believed. My husband begged me to stop. My mother begged me to stop. My own heart and body begged me to stop. Instead of just crying myself to work because of leaving my babies, I now also cried myself home because the pain was so unbearable. If I could hold it in that long, that is. I often had to wipe away tears before returning to my last tables of the night because the pain was just so, so bad.

I'm only going into this much detail so you can see how foolish I was. I'm sure Moses was blushing and shaking his head as he wrote the account of him arguing with God for all mankind to read. He may have been tempted to even leave a few details of the conversation out, but I feel that he, like myself, desperately wanted you to learn from his mistakes.

God miraculous provided food from the air for a giant nation for 40 years, did I really think He couldn't provide for my little family if I quit working???

If God has called you to something, mama, He will provide a way.

I eventually couldn't stand the pain of working and did quit. Pretty pathetic that I had to become practically crippled for that to happen, but that is the way it went and I can't change it now. So, what do you think happened after I quit working? We became destitute and homeless, right? Of course not! We naturally had to adjust our budget and cut some expenses, but we were making it. And then my husband got a better job. And then he got an even better job! We are by no means rich (it's expensive to feed all these mouths, haha), but making much more than when I was adding my pathetic income to the household. 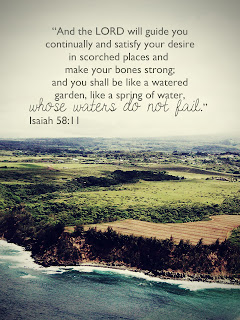 Like I said, I can't change the past, but I often wonder what would have happened if I had quit working when my heart (and I feel like the Lord) told me to (the first time). It would have been exciting to see how God would have taken care of us. And a lot less painful!

I'm going to end this post by clarifying that I'm not saying God wants all women to be home with their children. I don't have the authority to say that. My whole point is that if God is calling you to something, He will provide a way. He is really, really good at doing that. If you own a Bible, you have a whole book of examples of how He is a Waymaker.

So trust Him, mama. If He has given you a calling, He will provide a way for it.