God is not using your pain to punish you. 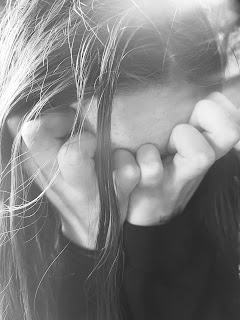 I was reminded a couple times this week of the story of Joseph in the Old Testament. Jo was a special kid. He was the long awaited son of a couple that really loved each other. His name meant "He will add", which speaks to me of the excitement that he brought his parents of continued blessing. He grew up loved and favored. He had a special relationship with God that included dreams of the future...then things went south.

We don't know if Joseph's motivation for sharing his dreams with his family was just honest excitement or pride and conceit, we just know that his brothers didn't like it. Jo soon found himself a slave in a foreign land. Then, though he was a man of integrity, he found himself wrongfully accused and thrown in prison, forgotten by someone whom he had helped for two years, and then raised into a position of great power.

Jo's life certainly had a lot of ups and downs. Were all his trials his fault? Nope. Like I said, we don't have a full picture of his heart as a child, but we know that he was a man of great integrity and able to forgive in an incredible way. His words to his brothers, spoken after his father had died and when they were afraid he would pour out wrath on them for their sins, pretty much say it all:

"Do not be afraid, for am I in the place of God? But as for you, you meant evil against me; but God meant it for good, in order to bring it about as it is this day, to save many people alive." Genesis 50:19-20

That verse always reminds me of John chapter 9 when the disciples ask who sinned, the blind man or his parents. They thought for sure that the man's affliction had to be someone's fault. Jesus' answer is just amazing:

"Neither this man nor his parents sinned, but that the works of God should be revealed in him." John 9:3

Life is hard. It's not fair. Rain falls on the just and the unjust. Sometimes we go through hard times because of our own bad decisions, sometimes we don't see any possible reason why this should be happening. One thing is true through all of it: God is with us.

The thief hanging on the cross deserved his punishment but guess who was there with him? That's right, it was Jesus, loving and forgiving him in spite of his bad choices.

And He is not punishing you. He is surrounding you with His love.