We were really blessed yesterday. 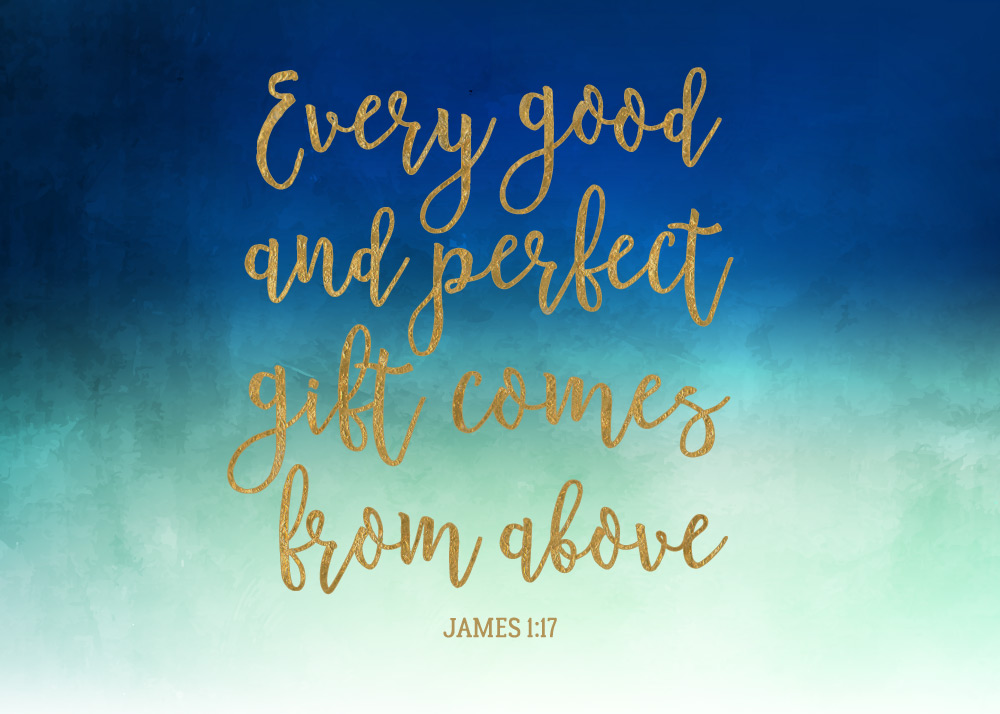 It’s been kind of a rough hunting season here on the Oregon coast. Because of out-of-town trips and appointments and having three kids in soccer, my husband was only able to hunt for two days. I, on the other hand, put a lot of time and gas into trying to find a deer for myself and for my 13-year-old daughter. This was her second year of hunting and she was the only one of us who didn’t get a deer last year.

It’s stressful enough juggling 6 kids with three in soccer and all the normal housework that needs to get done, but adding hours of hunting every day on top of that and a baby who is having trouble with his sleep schedule…I was just so exhausted by the end.

And frustrated. And discouraged. I was pleading with God for a deer. I’d had a few opportunities but was not able to get the gun fired before the buck took off. It seemed like all I was doing was making mistakes and wasting time and gas. I was putting a lot of pressure on myself.

It was a real internal battle. I kept reminding myself that God was going to provide for my family in spite of the raising food prices (He always has!) and whether we harvested deer or not. Enjoying the time in the mountains with my kiddos took intentional effort. We were having fun and making good memories, and that was productive in itself (we also found mushrooms several times, which was a huge blessing!). I decided that in each failure was a lesson to learn, even the embarrassing mistake I had made. I tried to set a good example for my kids by talking over all these things, but it really was a struggle to try to keep a good attitude.

The battle of the mind is so exhausting!

Well, the last day of hunting season came and went and despite trying our best, my husband and I still had empty tags. Thankfully, youth hunters get two extra days to hunt, so my daughter still had a chance. She went with my husband and hunted from dawn til dusk her first extra day…nothing.

The next day was Sunday, and I was surprised when my husband said he thought I should skip church and hunt with her all day. Usually I don’t skip church unless we are sick, it’s such a precious time that I look forward to every week, but I listened to my hubby and set my alarm for six the next morning.

There were a lot of little mistakes and setbacks that happened that day: I totally forgot about the time change and didn’t get out of the house until a whole hour after I had planned to, I forgot to get gas and had to leave the mountains at one point to fuel up in town, my daughter startled a spike who saw her before she saw him…the list really goes on and on. The more I think about it, the more I marvel at how God got us to just the right place at just the right time to send a huge buck her way.

Yes, my daughter got her first buck. And it was bigger than any deer that I have ever gotten!

It was so funny how it all came about. I had pulled off the road at a spot I have never seen deer before to nurse the baby. He was also poopy so I opened the back hatch and changed him there. It was cold, 37 degrees, and raining, and despite having the cover of the hatch of my car, he was complaining and fussing about the water and cold air that was hitting him as I changed him. After putting him back in the car seat and getting myself into my seat, my daughter told me she need to go potty, too. Why didn’t you do that while I was changing the baby so we could get going sooner? I wondered but didn’t say anything. Instead I looked up and my heart jumped. Through my rain-streaked windshield it looked like a deer had jumped up over the edge of the bank and into my line of vision, but it was hard to tell. Wishful thinking, I told myself, you’re seeing things. I don’t know why I didn’t turn the wipers on to confirm, I guess I was just still really struggling with doubt that God was going to bless us with a buck.

Thankfully my daughter walked behind the car to get back to her seat. Just as she was getting to her open door I hear her say “I don’t believe it!” under her breathe, see her throw the roll of toilet paper into the car and grab her gun, put a shell in the chamber, and tell her little sister (who didn’t know what was going on and was playfully talking to the baby in the backseat) to shush. She carefully steps the appropriate distance from the road (neither the deer or her were on the road to start with, but you have to be a certain distance from the road to shoot) and pulls up. She has trouble fumbling with her safety but gets a shot off and it’s a hit. But the deer is still standing and moving, so she takes another shot but misses. It goes over the bank and so do we. Pursing it deeper and deeper down the steep bank, she takes another few shots but we are pretty sure now that she missed with them as well. Finally, thankfully, it tangles into a fallen tree and we are able to end it. Her first shot had been a good shot, but it apparently missed the lungs and hit the spine.

Confession: I’ve been a hunter since I was 12 (off and on, not every season) but I have never gutted a deer. I have assisted and been given instructions, never actually completed the task on my own. You can ruin meat if you do something wrong when cleaning the deer out, and at the time I didn’t know how many shots had hit the deer and how much meat would already be ruined by bullet wounds or if it was gut shot and I would have a big mess to deal with once I opened the animal. It was just myself, my two daughters, and my baby way up there in the mountains. I was super nervous about my task ahead, and the loooooong way we would have to drag that big deer to get him to my rig. I felt overwhelmed and wanted to throw up…but instead I praised God, encouraged my daughter, and headed up to the car to get my knife, praying the whole time. There was one bar of service on my phone at the car (miracle of miracles, there are only a handful of places where you can get service in that area!) so I send a message out asking for help. I had already been experiencing surgery pain from all the extra hiking over the past few weeks and knew I could really hurt myself trying to pull that deer out, just my daughter and I (my younger daughter would not be able to help as her job was to entertain the baby, I’m so thankful she is as there to do that!).

It was certainly not the quickest deer cleaning that has ever happened. I am fearfully and wonderfully made, I kept reminding myself, and I can do this. People have been gutting animals for food for a long time and God made mankind so they can do it so I can do it. It was almost like I was pep talking myself through labor, haha! I was thankful for the instructions that people have given me in the past as I had watched them gut deer. I’m also thankful that I took anatomy and physiology in highschool! I think I did a descent job.

In spite of the fact that the slope was so steep and we were soaking wet and freezing cold, my daughter and I hauled that deer nearly to the road. The last bit we knew we couldn’t do on our own, so we sat shivering in my car with the heaters blasting while we waited for my husband to come with a good rope. The rest of the process was not especially easy, but at the end of the day we came home knowing we had meat that would soon be in the freezer. What a blessing!

You may not give a hoot about hunting and are wondering why I would share this story on a mom blog. It’s for two reasons:

One: I want to remind you that what you see as setbacks or delays or failures may just be putting you in the right place at the right time for the blessing that God has for you. Trust Him, mama! I know it’s hard, I struggle right along with you in that area, but He is a good Father and takes good care of His children.

And Two: You can do hard things! Even things you never thought you could do. So don’t fear. Ask God for strength and He will give you the ability to meet the challenges that come your way. You are fearfully and wonderfully made!

Now, I just have to share the picture of my daughter with her buck. I hope I don’t offend anyone, but I guess if you were offended by hunting you probably would not have read this far anyway. This girl made some rookie mistakes, but I am so proud of her! I am surprised by how well she did and how much she applied from what she has been learning from her family about hunting over the years. 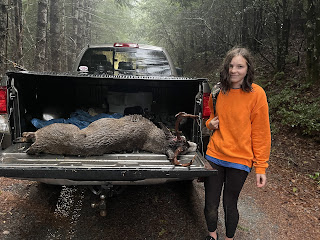 Love you, mamas! Keep doing the hard things, there is a reward in the end.